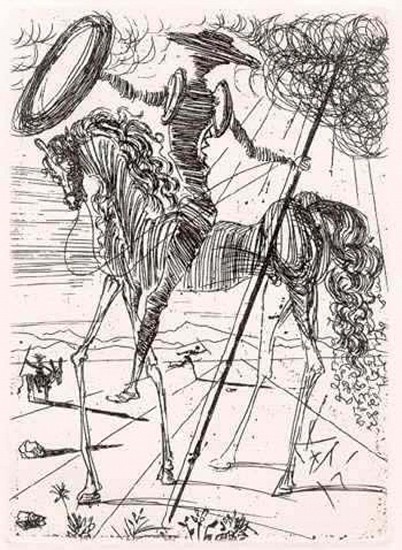 With 12 color lithographs. This Don Quixote trilogy is comprised of Don Quixote: The Warrior's Heard, Don Quixote: The Gift of Mandrino, and The Story of Don Quixote. In this trilogy Dali depicts Don Quixote, Cervantes' idealistic Spanish nobleman who fancied himself a knight fighting the world's injustices; he saw flocks of sheep as enemy armies, and served the causes of truth and beauty. It has been said that Don Quixote's quest was an allegory of the eternal search for goodness and truth, with an idealism that appeared to be madness in a world that sometimes viewed heroism and love as a form of insanity. How interesting Dali must have found this satirical romantic!